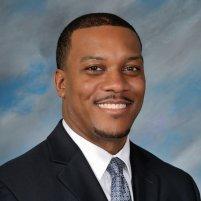 Autism spectrum disorder (ASD) is one of the hardest conditions to diagnose and manage because ASD is a catchall phrase for numerous developmental disorders that range in degrees and severity. If you suspect your child may fall somewhere on the autism spectrum, make an appointment with Dr. Sean Flynn, the general pediatrician at Step by Step Pediatrics, PC, in Bloomfield, New Jersey, to get started.

Autism Spectrum Disorder (ASD) describes a group of developmental disorders that encompass a broad range of symptoms, skills, and varying levels of disability, which is why autism is described as a spectrum.

The main effect ASD has on the lives of those who have autism is difficulty with social behaviors, especially communication and interaction. Also, autistic children often display repetitive or restrictive behaviors that may hamper daily function.

What makes ASD unique is that in addition to the challenges it presents, it’s also commonly associated with many strengths, such as above-average intelligence, superior memory, and excellence in math, science, music, and art.

The cause of autism is unclear, but researchers believe that several factors play an integral role in the onset of the disorder, such as:

What are the signs and symptoms of autism?

Since ASD describes such a wide range and degree of symptoms and behaviors, it’s a tough disorder to diagnose. If your child shows any of the following behaviors, it may be worth getting screened for ASD:

If you notice any of these behaviors in your child over an extended period, make an appointment with Dr. Flynn to discuss a referral for a referral for an ASD screening.

What are the treatments for ASD?

Since ASD involves such a wide range of severity and degrees, there is no one effective treatment. Diagnosing ASD early on will help your child get the intervention he needs to modify and learn new behaviors that will serve him well into adulthood.

To learn more about the available therapies for children with ASD, sit down with Dr. Flynn to discuss your options.